Can Chiro Help Me? 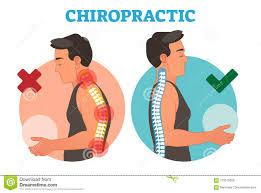 The phrase, “Alternative health care” often brings conventional and complementary approaches together in a coordinated way. It emphasizes a holistic, patient-focused approach to health care and wellness—often including mental, emotional, functional, spiritual, social, and community aspects—and treating the whole person rather than, for example, one organ system and may be the best way to describe Chiropractic in the United States. This is largely due to the fact that it works, as recent studies have shown,  there has been a steady increase in acceptance by the public, third-party payers, and the Federal government. Since the mid-1990s, a number of outside (non-chiropractic) observers have suggested that chiropractic has now entered mainstream healthcare.

Chiropractic can be BOTH alternative and mainstream. The “alternative” approach allows it to handle healthcare from an entirely different direction compared to the primary care medical profession. Chiropractic for back and neck pain is non-surgical and promotes health through, manual joint manipulation, posture control with exercise,  diet and nutritional approaches vs. drugs and surgery. Chiropractic is now arguably “mainstream”. It has evolved into being considered a form of primary care through popular acceptance and utilization by the public.

So what role does chiropractic play in today’s health delivery system? Chiropractic is widely recognized as one of the safest drug-free, non-invasive therapies available for the treatment of back pain, neck pain, joint pain of the arms or legs, headaches, and other neuromusculoskeletal complaints. Although chiropractic has an excellent safety record, no health treatment is completely free of potential adverse effects. The risks associated with chiropractic, however, are very small. Many patients feel immediate relief following chiropractic treatment, but some may sometimes experience mild soreness or aching, just as they do after some forms of exercise. Current literature shows that minor discomfort or soreness following spinal manipulation typically fades within 24 hours.1
In addition to being a safe form of treatment, spinal manipulation is incredibly effective, getting patients back on their feet faster than traditional medical care. A March 2004 study in the Journal of Manipulative and Physiological Therapeutics found that chiropractic care is more effective than medical care at treating chronic low-back pain in patients who have experienced symptoms for one year or less. Similarly, a study published in the July 15, 2003, edition of the medical journal Spine found that manual manipulation provides better short-term relief of chronic spinal pain than a variety of medications. Moreover, a 2012 study in Spine found that only 1.5 percent of workers with back injuries whose first point of treatment was a doctor of chiropractic required surgery, compared to the 42.7 percent of workers whose first contact was a surgeon.

Looking at this form from the patient or “consumer” perspective, chiropractic already plays an important role in the healthcare delivery from many patients. In 1993, a report claimed 7% of American adults had received chiropractic care during the prior year. According to a 2015 Gallup poll (that included 5,442 adults, aged 18+, surveyed between 2/16/15 and 5/6/15) entitled, Majority in the US Say Chiropractic Works for Neck, Back Pain, “Chiropractic care has a positive reputation among many US adults for effective treatment of neck and back pain, which about six in 10 adults either strongly agreeing (23%) or agreeing somewhat (38%) that chiropractors are effective at treating these types of pain.”

The “highlights” from this Gallup poll include: 1) Two-thirds say chiropractic is effective for neck and back pain. 2) Many adults say chiropractors think of the patient’s best interest. 3) More than 33 million adults in the United States (US) saw a chiropractor in the twelve months before the survey was conducted.  Overall, 51% of those polled had previously seen a chiropractor.

In another study, “Effect of Usual Medical Care Plus Chiropractic Care vs Usual Medical Care Alone on Pain and Disability Among US Service Members With Low Back Pain A Comparative Effectiveness Clinical Trial”, showed that chiropractic care combined with usual medical care for low back pain provides greater pain relief and a greater reduction in disability than medical care alone. The study, which featured 750 active-duty members of the military, is one of the largest comparative effectiveness trials between usual medical care and chiropractic care ever conducted.
Goertz et al. (2018) JAMA Open Network


This whole body health article was reviewed and approved by Dr. Mark Giust of Giust Chiropractic Center in Brookhaven, MS. If you’re in the Brookhaven or surrounding areas, he’d love to be considered for your chiropractic needs.